This book essentially breaks down into three case studies, as the author examines how the expatriate Croatian, Serbian, and Kosovar communities interacted with their national "leaderships." These ... Read full review

Page 9 - I have argued that exile can produce rancor and regret, as well as a sharpened vision. What has been left behind may either be mourned, or it can be used to provide a different set of lenses. Since almost by definition exile and memory go together, it is what one remembers of the past and how one remembers it that determine how one sees the future.
Appears in 7 books from 2000-2007

Paul Hockenos is a writer and political analyst living in Berlin. He is the author of Free to Hate: The Rise of the Right in Post-Communist Eastern Europe, and his articles and commentaries on Central Europe and the Balkans have appeared in World Policy Journal, The New Statesman and Society, The Nation, and The Christian Science Monitor, as well as many other periodicals. From 1997 to 1999 he worked in Bosnia and Herzegovina for the Organization for Security and Cooperation in Europe. 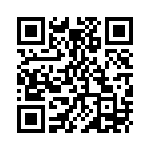