A world-less, western twist on the classic, "The Tortoise & the Hare" shares the timeless race between the slow and steady tortoise and the speedy hare. This race, of course, acts a metaphor for our ... Read full review

I liked the book "The Tortoise and the Hare". I enjoyed the fact that they story is mostly told through its illustrations. For example, instead of saying show is winning it shows the tortoise on its ... Read full review

Roberto Piumini lives and works in his native Italy. He has worked with children as both a teacher and a theater actor/entertainer. He credits these experiences for inspiring the youthful language of his many books. With his crisp and imaginative way of dealing with every kind of subject, he charms his young readers. His award-winning books, for both children and adults, have been translated into many languages.

Barbara Nascimbeni has illustrated a number of books for children, including Small Brown Dog's Bad Remembering Day, and The Real Winner. Her popular books have been sold in ten countries. She was born in Vimercate, Italy, and now lives in Germany.

Though many modern scholars dispute his existence, Aesop's life was chronicled by first century Greek historians who wrote that Aesop, or Aethiop, was born into Greek slavery in 620 B.C. Freed because of his wit and wisdom, Aesop supposedly traveled throughout Greece and was employed at various times by the governments of Athens and Corinth. Some of Aesop's most recognized fables are The Tortoise and the Hare, The Fox and the Grapes, and The Ant and the Grasshopper. His simple but effective morals are widely used and illustrated for children. 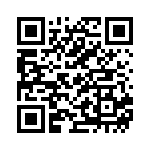