THOMAS HOBBES was born the son of a cleric on April 5, 1588, in the town of Malmesbury in the county of Wiltshire, England. He was schooled in the Scholastic tradition at Oxford, and from the time he received his bachelor of arts degree in 1607, Hobbes served as a private tutor to various wealthy nobles in England and France. This career offered him access to well-stocked libraries and provided the opportunity to travel throughout Europe. During the next forty years, Hobbes would meet such famous people as Galileo, Descartes, and Gassendi, whose ideas were to influence him greatly.

In 1640, during one of the many periods of political turmoil he was to witness, Hobbes wrote a short work on the Elements of Law, Natural and Politique, which supported absolute monarchy. When the political tide turned in favor of the anti-royalists, Hobbes escaped to Paris. While there, he was to write De cive in 1642, a work that expanded his political theory. When Civil War broke out in England, Hobbes sought to bring his political philosophy to the English audience with the publication of Leviathan in 1651. This work was to be his most powerful restatement of absolute government grounded on a compact between the ruled and a sovereign authority that would protect the citizenry and secure peace. Since his political philosophy supported neither the divine right of a monarchy based upon succession nor the independent authority of the church, Hobbes was viewed with suspicion by both royalists and the ecclesiastical community.

Hobbes returned to England in 1651, after an eleven-year exile, and took up residence in London. After the Restoration in 1658, he lived on a modest pension from King Charles II and continued to write. In 1668 he wrote Behemoth, a history of the Civil War, but it was suppressed in manuscript until 1682 when it was published posthumously. Having borne the brunt of political in-fighting for many years, Hobbes finally retired to the town of Hardwick, where he died on December 4, 1679, at the age of 91. 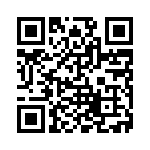