Studies show (I'm being serious) that books that win big prizes sell far more copies after winning the prize, and also see a major dent in their critical reception, because people who would not ... Read full review

R58 There should be an Age Limit sticker on the front of this book like they have on movies, you know R18 and so on. On this book it should be R58. This is a meditation on life by an old man, a view ... Read full review

Gerald Murnane was born in Melbourne in 1939. One of Australia's most highly regarded authors, he has published several volumes of fiction, including Barley Patch, The Plains, and A Million Windows, as well as a collection of essays, Invisible Yet Enduring Lilacs, and a memoir, Something for the Pain. He is a recipient of the Patrick White Literary Award, the Melbourne Prize for Literature, and an Emeritus Fellowship from the Literature Board of the Australia Council. He lives in Victoria, Australia. 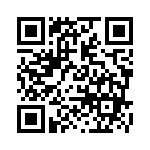