Paul J. Nahin is a professor of electrical engineering at the University of New Hampshire. He is the author of Time Machines, An Imaginary Tale and The Science of Radio. 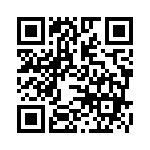