Interesting, but needs some editing. Apocalypse covers much the same ground as Earthquakes in Human History, except Apocalypse author Amos Nur focuses on the end of the Bronze Age. Nur is a ... Read full review

It seems that this book was written to convince Classical archaeologists that earthquakes are a legitimate explanation for some dispositions of the archaeological record. It's not technical; in fact I ... Read full review

Page vi - And the great city was split into three parts, and the cities of the nations fell. And Babylon the great was remembered before God, to give her the cup of the wine of His fierce wrath. And every island fled away, and the mountains were not found.
Appears in 122 books from 1808-2008

Amos Nur is the Wayne Loel Professor of Earth Sciences and professor of geophysics at Stanford University. Dawn Burgess is a writer and editor based in Bar Harbor, Maine. She earned a PhD in geophysics from Stanford. 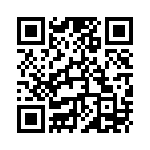