Nostradamus was born in the south of France in 1503 and studied at the University of Avignon, until an outbreak of plague forced him to leave. He enrolled in the University of Montpellier but was subsequently expelled. In subsequent years he worked as an apothecary and published his most famous book, Les Propheties (The Prophecies), the first edition of which appeared in 1555. He died in 1566. Richard Sieburth is a translator, essayist, editor, and literary scholar. He has gained widespread recognition for his numerous translations from both German and French literature, receiving a number of awards and prizes for his work. Sieburth is considered an authority on literary modernism, particularly the life and work of Ezra Pound. He has taught at many institutions of higher learning, serving as a professor of French and comparative literature at New York University. 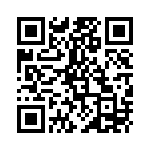