Juliane Fürst is Senior Lecturer in Modern History at the University of Bristol. She is the author of Stalin's Last Generation: Soviet Post-War Youth and the Emergence of Mature Socialism (2010) and editor of Late Stalinist Russia: Society between Reconstruction and Reinvention (2006) and Dropping out of Socialism: The Creation of Alternative Spheres in the Soviet Bloc (2017). Her current research is on the hippie movement in the late Soviet Union. She has widely published on late socialist life and culture and underground and youth movements.

Silvio Pons is Professor of Contemporary History at the University of Rome Tor Vergata. He is the President of the Gramsci Foundation in Rome and a member of the Editorial Board of the Journal of Cold War Studies. Recent publications include Stalin and the Inevitable War (2014); A Dictionary of Twentieth Century Communism (2010) and The Global Revolution. A History of International Communism (2014). He has extensively researched and written on the Cold War, the Soviet Union, European Communism, and global Communism.

Mark Selden is a Senior Research Associate in the East Asia Program at Cornell University, and a Coordinator of The Asia-Pacific Journal: Japan Focus. A researcher on the modern and contemporary geopolitics, political economy and history of China, Japan and the Asia Pacific, his work has ranged broadly across themes of war and revolution, inequality, development, regional and world social change, and historical memory. Books include China in Revolution: The Yenan Way Revisited (1995); Chinese Society: Change, Conflict and Resistance (1999); The Resurgence of East Asia: 500, 150 and 50 Year Perspectives (2003); Chinese Village, Socialist State (1991). 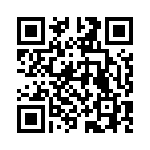