Written by a professional biographer, this account of Sartre's personal, professional, and political development is studded with carefully documented facts. Within the cultural and historical ... Read full review

Ronald Hayman was born in Bournemouth and grew up in a hotel there. After studying English at St Paul's and Trinity Hall in Cambridge, Hayman went to drama school in London. While there, he began working as an actor in repertory theatre and in television. Hayman's first play, The End of an Uncle, was produced in 1959. In 1967, after directing plays by Genet, Goldoni, and Brecht at the Arts Theatre, Stratford East and Welwyn Garden City, Hayman started writing books and broadcasting. Then, in his book Hitler and Geli, Hayman explored the remarkable, yet relatively obscure, story of the affair between Adolf Hitler and his young niece Geli Raubal, who died under mysterious circumstances. Some of Hayman's other works include exposes on Samuel Beckett, Harold Pinter and Arthur Miller, and biographies of Sylvia Plath, Jean-Paul Sartre, the Marquis de Sade, and Tennessee Williams. 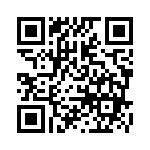