this was a very good book it has helped me alot

Excellent resource! So much has been lost it's nice to find something that is well organized and thorough.

Mike Dixon-Kennedy is a professional writer. 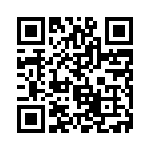