Icek Ajzen is the Head of the Division of Personality and Social Psychology at the University of Massachusetts at Amherst. He received his Ph.D. in Social Psychology from the University of Illinois – Urbana-Champaign, has published numerous books and articles dealing with the attitude-behavior relation, and has been identified as a Highly Cited Researcher in the ISI Web of Knowledge.
Dolores Albarracin, Ph.D. is the  R. David Thomas Endowed Legislative Professor of Psychology at the University of Florida. She received Ph.D.s in Social and Clinical Psychology and has been involved in attitudes and health promotion research since 1989. She has edited the "Handbook"" of Attitudes," and received two scientist development awards from NIMH. She has written a solo-authored book and more than 50 journal articles and chapters. She is well known for both her basic and applied contributions, and regularly publishes in the prime journals in the field of psychology.
Robert Hornik is Wilbur Schramm Professor of Communication and Health Policy at the University of Pennsylvania's Annenberg School for Communication. Dr. Hornik was Scientific Director for the Evaluation of the National Youth Anti-Drug Media Campaign, and he is the Director of the University of Pennsylvania's NCI funded Center of Excellence in Cancer Communication Research.

Robert L. Heilbroner was Norman Thomas Professor of Economics at the New School for Social Research and author of The Worldly Philosophers and many other books. 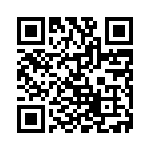