In Interventions, the linguist and public intellectual Noam Chomsky writes about politics in contemporary America. They are all short pieces (about 1,000 words each) that were originally meant as op ... Read full review

Though sometimes distracted by topics like Hurricane Katrina or South America, the essays in Chomsky's latest, written for the New York Times Syndicate between September 2002 and July '06, are largely ... Read full review

Noam Chomsky is the critically acclaimed author of several bestselling books. Some of his recent titles include Hegemony or Survival, Imperial Ambitions, 9-11, Media Control and Interventions. Chomsky is credited with the creation of the theory of generative grammar, considered to be one of the most significant contributions to the field of theoretical linguistics made in the 20th century. 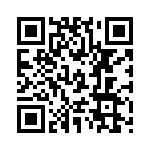