MIKE SEKOWSKY made his debut during the War, in several issues of USA Comics. He illustrated several 'Submariner' and 'Captain America' stories. Throughout the 1940s, he provided artwork for All Winner Comics, Classics Illustrated, Comedy Comics, Marvel Mystery Comics, Tough Kid Squad, Young Allies Comics, Daring Comics and Two Gun Kid. He became a versatile Marvel and DC artist in the 1950s, drawing various romance and superhero titles until the 1970s.At DC, he drew numerous romance, western and science fiction titles. He is best known for the 'Justice League of America', which he co-created with writer Gardner Fox in 1961. In addition, he assisted Frank Giacoia on the daily 'Sherlock Holmes'. He has also drawn for several Charlton titles, such as 'Masked Raider', 'Ramar of the Jungle' and 'Scotland Yard', as well as Dell/Gold Key and Tower titles. 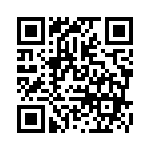