Ted Cohen is a professor of philosophy at the University of Chicago. He is the editor of Essays in Kant's Aesthetics and Pursuits of Reason. 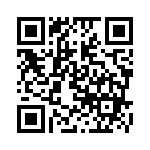