Karen Kupperman is Silver Professor of History at New York University. Her books include The Jamestown Project and Indians and English: Facing Off in Early America 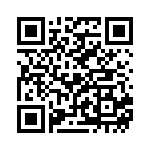