Matthew H. Kramer is Professor of Legal and Political Philosophy at the University of Cambridge; Fellow of Churchill College, Cambridge; and Director of the Cambridge Forum for Legal & Political Philosophy. His many previous books include The Quality of Freedom (2003); Where Law and Morality Meet (2004); and Objectivity and the Rule of Law (2007). He is also a co-editor of three books, most recently Freedom: A Philosophical Anthology (Blackwell, 2007); and The Legacy of H.L.A. Hart: Legal, Political, and Moral Philosophy (2008). His work covers many areas of moral, political, and legal philosophy. 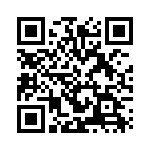