Aderemi A. Atayero graduated from the Moscow Institute of Technology (MIT) with a B.Sc. Degree in Radio Engineering and M.Sc. Degree in Satellite Communication Systems in 1992 and 1994 respectively. He earned a PhD in Telecommunication Engineering/Signal Processing from Moscow State Technical University of Civil Aviation, Russia in 2000. He is a member of a number of professional associations including: the Institute of Electrical and Electronic Engineers, IEEE, the International Association of Engineers, IAENG, and a professional member of the International Who s Who Historical Society (IWWHS) among others. He is a registered engineer with the Council for the Regulation of Engineering in Nigeria, COREN. A two-time Head, Department of electrical and Information Engineering, Covenant University, Nigeria, he was the coordinator of the School of Engineering of the same University. Dr. Atayero is widely published in International peer-reviewed journals, proceedings, and edited books. He is on the editorial board of a number of highly reputed International journals. Atayero is a recipient of several awards including the 2009/10 Ford Foundation Teaching Innovation Award . His current research interests are in Radio and Telecommunication Systems and Devices; Signal Processing and Converged Multi-service Networks. Atayero is a professor of Communication Engineering and the current Vice-Chancellor (Academic) at Covenant University, Nigeria.

Oleg I. Sheluhin was born in Moscow, Russia in 1952. He obtained an M.Sc. Degree in Radio Engineering in 1974 from the Moscow Institute of Transport Engineers (MITE). He later enrolled at Lomonosov State University (Moscow) and graduated in 1979 with a Second M.Sc. in Mathematics. He received a PhD at MITE in 1979 in Radio Engineering and earned a D.Sc. Degree in Telecommunication Systems and Devices from Kharkov Aviation Institute in 1990. He is currently Head of Department of Information Security, Moscow Technical University of Communication and Informatics, Russia. He was the Head of Radio Engineering and Radio Systems Department of Moscow State Technical University of Service (MSTUS). Prof. Sheluhin is a member of the International Academy of Sciences of Higher Educational Institutions. He has published over 15 scientific books and textbooks for universities and has more than 250 scientific papers. He is the Chief Editor of the scientific journal Electrical and Informational Complexes and Systems and a member of Editorial Boards of various scientific journals. In 2004 the Russian President awarded him the honorary title Honored Scientific Worker of the Russian Federation . [Editor] 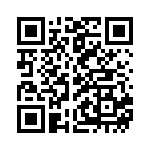