Insightful and timeless. I didn't realise until halfway through that this was written a century ago. Makes good points about the problems with democracy and limits to informed decision making. Read full review

Page 179 - Those who hold, and those who are without property, have ever formed distinct interests in society. Those who are creditors, and those who are debtors, fall under a like discrimination. A landed interest, a manufacturing interest, a mercantile interest, a moneyed interest, with many lesser interests, grow up of necessity in civilized nations, and divide them into different classes, actuated by different sentiments and views.
Appears in 743 books from 1802-2008
Page 179 - The latent causes of faction are thus sown in the nature of man; and we see them everywhere brought into different degrees of activity, according to the different circumstances of civil society.
Appears in 209 books from 1817-2008
More
Page 406 - Until philosophers are kings, or the kings and princes of this world have the spirit and power of philosophy, and political greatness and wisdom meet in one, and those commoner natures who pursue either to the exclusion of the other are compelled to stand aside, cities will never have rest from their evils, — no, nor the human race, as I believe, — and then only will this our State have a possibility of life and behold the light of day.
Appears in 362 books from 1850-2008
Page 211 - All French territory should be freed and the invaded portions restored, and the wrong done to France by Prussia in 1871 in the- matter of Alsace-Lorraine, which has unsettled the peace of the world for nearly fifty years, should be righted, in order that peace may once more be made secure in the interest of all.
Appears in 521 books from 1870-2008
Page 275 - If men were angels, no government would be necessary. If angels were to govern men, neither external nor internal controls on government would be necessary. In framing a government which is to be administered by men over men, the great difficulty lies in this: you must first enable the government to control the governed; and in the next place oblige it to control itself.
Appears in 1100 books from 1798-2008
Page 264 - Those who labor in the earth are the chosen people of God, if ever He had a chosen people, whose breast He has made his peculiar deposit for substantial.
Appears in 464 books from 1803-2008
Page 7 - Thou wretched, rash, intruding fool, farewell ! I took thee for thy better : take thy fortune ; Thou find'st to be too busy is some danger.
Appears in 280 books from 1807-2008
Page 139 - Suppose we were able, within the length of a second, to note 10,000 events distinctly, instead of barely 10, as now; if our life were then destined to hold the same number of impressions, it might be 1000 times as short.
Appears in 27 books from 1867-2008
Page 5 - To discuss the nature and position of the earth does not help us in our hope of the life to come.
Appears in 69 books from 1913-2006
Page 261 - Everybody sees what you appear to be, few feel what you are, and those few will not dare to oppose themselves to the many, who have the majesty of the state to defend them...
Appears in 111 books from 1844-2008
Less

Walter Lippmann, an American political journalist, dominated political journalism in the United States from World War I almost until his death. In his last year as a student at Harvard University, he was an assistant to the philosopher George Santayana. He read extensively in Freud and was in every sense an "intellectual" journalist. "His Public Opinion" (1922) became the intellectual anchor for the study of public opinion, and it is widely read today. He came close in this book to questioning whether citizens can possibly make rational, democratic decisions. The source of the difficulty is not our irrationality but the inherent nature of the modern system of mass communication; information must be condensed into brief slogans. These slogans become stereotypes, a concept that Lippmann brilliantly analyzed prior to its acceptance by psychologists. As a political columnist, he wrote on many topics, particularly on foreign relations, and he held a position of prestige in Washington's press corps that has never been matched. Alastair Buchan wrote in 1974 that Walter Lippman was "the name that opened every door. 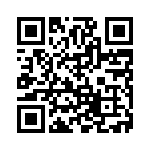