Ralph Coyne joined the Australian Army at the outbreak of WWII.  Volunteers were sought for intensive training for special missions from which the troops were told they could not expect to return. Ralph volunteered.  He was trained at a remote, secret training base and became one of Australia's first highly secret commandos.  His first overseas mission seemed almost suicidal as his small company of commandos, outnumbered nearly 100 to 1, fought a force of 20,000 Japanese on East Timor.  Ralph was often operating alone there.  By preventing those Japanese forces from joining the war in New Guinea, this may have tilted the balance of power which prevented Japan taking over New Guinea.  Aged 94, Ralph is one of very few surviving Australian commandos from WWII. 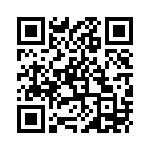