Edwin A. Peraza Hernandez is a postdoctoral researcher in the Department of Aerospace Engineering at Texas A&M University. He obtained his B.S. and Ph.D. degrees in Aerospace Engineering from Texas A&M University in 2012 and 2016, respectively. His research interests include structural mechanics, design optimization, active materials, origami, and tensegrity. Edwin is the author of more than 28 technical publications in archival journals and conference proceedings and has received two best paper awards.

Darren J. Hartl received his BS in Aerospace Engineering in 2004 and Ph.D. in Aerospace Engineering in 2009, both from Texas A&M University. He currently holds an Assistant Professor position at Texas A&M in his home department, and his work bridges the topics of advanced multifunctional material systems and their integration into aerospace platforms. After over three years as a Research Assistant Professor at Texas A&M, Dr. Hartl held joint appointments at the Air Force Research Laboratory (AFRL) in the Materials and Manufacturing Directorate and Aerospace Systems Directorate. At Texas A&M, Dr. Hartl maintains an active research team consisting of graduate, undergraduate, and postdoctoral researchers. He has over 16 years of experience working with shape memory alloys and morphing structures and his efforts have included both experimental and theoretical studies. Since 2006, Darren has co-authored 146 technical publications on the topics of active materials modeling, testing, and integration into morphing structures. He has given over 25 invited talks or seminars (9 international) and has taught short courses on SMA theories in the US and Europe. Since 2014, he has served as an Associate Editor for the Journal of Intelligent Material Systems and Structures. He was recently selected as the 2016 recipient of the ASME Gary Anderson Early Achievement Award.

Dimitris C. Lagoudas is currently the Associate Vice Chancellor for Engineering Research, Senior Associate Dean for Research, Deputy Director of Texas A&M Engineering Experiment Station (TEES), the inaugural recipient of the John and Bea Slattery Chair in Aerospace Engineering, and a Distinguished University Professor at Texas A&M University. D.C. Lagoudas’ research involves the design, characterization, and modeling of multifunctional material systems at nano, micro, and macro levels with averaging micromechanics methods developed to bridge the various length scales and functionalities including mechanical, thermal, and electrical properties of nanocomposites. His research team is one of the most recognized internationally in the area of modeling and characterization of shape memory alloys. He has co-authored more than 450 scientific publications in archival journals and conference proceedings. He has published extensively on the subject of shape memory alloys with his students, postdoctoral associates and colleagues and several of his journal papers are now considered classic papers in the field. The theoretical models that his research group developed have been implemented and integrated into finite element analysis software, which have been used by academic institutions around the world and also by industry and government laboratories. D.C. Lagoudas received the 2006 ASME Adaptive Structures and Material Systems Prize in recognition of his contributions to the modeling and characterization of shape memory alloys and their use in aerospace structures and he is the 2011 recipient of the SPIE Smart Structure and Materials Lifetime Achievement Award. 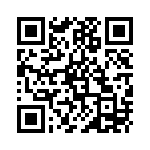