Winner of the first Hugo award, I liked it but didn't love it. My first objection, is that when I'm reading a mystery I don't like the perpetrator revealed until the end, I like to try to solve the ... Read full review

I really didn't have to cringe too much (as I quite often do with early sci-fi in terms of the sexism). There really weren't many strong female characters, but the sexism wasn't too overt. This was a ... Read full review

ALFRED BESTER was born in New York in 1913. After attending the University of Pennsylvania, he sold several stories to Thrilling Wonder Stories in the early 194s. He then embarked on a career as a scripter for comics, radio, and television, where he worked on such classic characters as Superman, Batman, Nick Carter, Charlie Chan, Tom Corbett, and the Shadow. In the 195s, he returned to prose, publishing several short stories and two brilliant, seminal works, The Demolished Man (which was the first winner of the Hugo Award for Best Novel) and The Stars My Destination, In the late 195s, he wrote travel articles for Holiday magazine, and eventually became their Senior Literary Editor, keeping the position until the magazine folded in the 197s. In 1974, he once again came back to writing science fiction with the novels The Computer Connection, Golem1, and The Deceivers, and numerous short stories. A collection of his short stories, Virtual Unrealities, was published in 1997. After being a New Yorker all his life, he died in Pennsylvania in 1987, but not before he was honored by the Science Fiction & Fantasy Writers of America with a Grandmaster Award. ROGER ZELAZNY Roger Zelazny authored many science fiction and fantasy classics, and won three Nebula Awards and six Hugo Awards over the course of his long and distinguished career. While he is best known for his ten-volume Amber series of novels (beginning with 197’s Nine Princes in Amber), Zelazny also wrote many other novels, short stories, and novellas, including the award-winning Lord of Light and the stories “24 Views of Mount Fuji, by Hokusai,” “Permafrost,” and “Home Is the Hangman.” Zelazny died in Santa Fe, New Mexico, in June 1995. 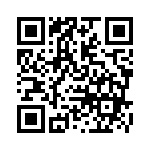