Jason Baird Jackson is an associate professor of folklore and American Studies at Indiana University. He is the author of Yuchi Ceremonial Life: Performance, Meaning, and Tradition in a Contemporary Native American Community (Nebraska, 2003). 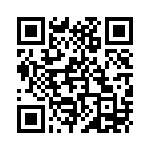