Comics writer, novelist, and critic, Benoît Peeters is one of the most highly regarded Tintinologists in the world. His most recent book is Derrida, a biography of Jacques Derrida. 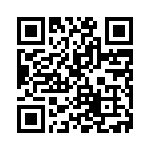