I first read these essays while a senior at college. Now, about twenty years later, I reread them in a study on the English poet TS Eliot. Eliot uses language very carefully, as any poet should, but ... Read full review

Thomas Stearns Eliot was born in 1888 in St. Louis, Missouri, and became a British subject in 1927. The acclaimed poet of The Waste Land, Four Quartets, and Old Possum's Book of Practical Cats, among numerous other poems, prose, and works of drama, won the Nobel Prize for Literature in 1948. T.S. Eliot died in 1965 in London, England, and is buried in Westminster Abbey. 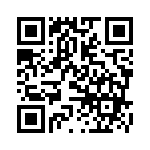