Dr J Thomas Hindmarsh has an MD from the University of Sheffield, England and is a Fellow of the Royal College of Pathologists of Britain and of the Royal College of Physicians and Surgeons of Canada. He recently retired as Professor of Pathology and Medical Biochemistry at the University of Ottawa. Dr Hindmarsh is an international authority on arsenic toxicology, has published many papers and several book chapters on the topic, has consulted for the US EPA and other government agencies, and is a member of a UNESCO expert panel. In 1994 he was invited by the Napoleonic Society of America to help resolve the controversy about whether Napoleon was poisoned with arsenic and this book is the consequence of his research. Dr Philip F Corso recently retired as Chief of Plastic Surgery at The Norwalk Hospital, Norwalk, Connecticut. He graduated cum laude from Yale University and Tufts University School of Medicine. He is a Fellow of the American College of Plastic Surgeons and an Assistant Clinical Professor of Surgery at Yale University. He has pursued a lifelong interest in the history of Napoleon and has authored several papers on the Emperor and the Empress Josephine. He has an extensive collection of Napoleon memorabilia and is a founding member of the Napoleonic Society of America. 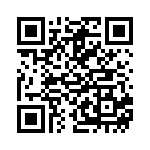