Barry J. Faulk is Associate Professor in the Department of English at Florida State University and author of Music Hall and Modernity: the Late Victorian Discovery of Popular Culture (2004). 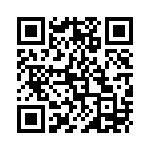