James Vernon is Professor of History at the University of California, Berkeley. He is the author of Politics and the People (1993), Hunger: A Modern History (2007) and Distant Strangers: How Britain Became Modern (2014), and the editor of Rereading the Constitution (1996), The Peculiarities of Liberal Modernity in Imperial Britain (2011) and the Berkeley Series in British Studies. He is also on the editorial boards of Social History, Twentieth Century British History, and the Journal of British Studies. 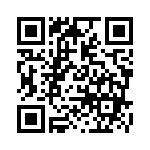