Łukasz Tomczyk (Pedagogical University of Cracow, Poland), received the degree of doctor of philosophy (PhDr.) on the Charles University in Prague, the Czech Republic. The andragogist and media educator. He is a member of the Polish Information Processing Society, the Academic Andragogic Society and the Association of Social Gerontologists. The author of over 60 scientific articles published in Poland and abroad. Co-editor of several collective works in the field of social gerontology, including the founder of the series “Czech-Polish-Slovak studies in andragogy and social gerontology”. Member of several research projects, including international projects. The reviewer of textbooks in the Ministry of National Education in Poland. His research interests revolve around issues of permanent education (especially the education of people in late adulthood).

Andrzej Klimczuk, a sociologist, graduated from the Faculty of History and Sociology at the University of Bialystok, Poland. The Ph.D. student at the Collegium of Socio-Economics at Warsaw School of Economics, Poland. The author of many scientific papers in the field of gerontology, ludology, and social policy (for example, “Kapitał społeczny ludzi starych na przykładzie mieszkańców miasta Białystok” [Social Capital of Old People on the Example of Bialystok Residents], Wiedza i Edukacja, Lublin 2012; “Experts and Cultural Narcissism. Relations in the Early 21th Century,” LAP LAMBERT Academic Publishing, Saarbrücken 2012). 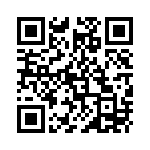