Jan Zlotnik Schmidt is a SUNY Distinguished Professor of English at SUNY New Paltz where she teaches creative writing, American and Women's Literature, creative nonfiction, memoir, and Holocaust literature courses. Her work has been published in many journals including The Alaska Quarterly Review, The Broadkill Review, The Cream City Review, Home Planet News, Kansas Quarterly, Phoebe, Memoir (and), the Westchester Review, and Wind. Her work also has been nominated for the Pushcart Press Prize Series. She has had two volumes of poetry published by the Edwin Mellen Press (We Speak in Tongues, 1991; She had this memory, 2000). One chapbook, The Earth Was Still, was recently published by Finishing Line Press (2011 and another Hieroglyphs of Father-Daughter Time by Word Temple Press (2014). Most recently, she co-edited with Laurence Carr a collection of works by Hudson Valley women writers entitled A Slant of Light: Contemporary Women Writers of the Hudson Valley (Codhill Press 2013), which won the USA Best Book Award for Anthology. 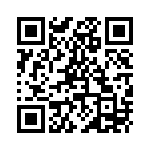