“Notes from the Hyena’s Belly: Memories of my Ethiopian Boyhood” (translated in Dutch as “De Buik van de Hyena”) was written by Nega Mezlekia and published in 2000. The author was born in 1958, the ... Read full review

NOTES FROM THE HYENA'S BELLY: Memories of My Ethiopian Boyhood

An affecting, transporting memoir of growing up fast during the grim years following the overthrow of Haile Selassie in Ethiopia."In 1958, the year of the paradox, I was born in Ethiopia, in a hot and ... Read full review

Nega Mezlekia is the author of Notes from the Hyena's Belly, winner of the Governor General's Award, and a novel, The God Who Begat a Jackal. He left Ethiopia in 1983 and is now an engineer living in Toronto. 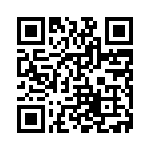