Ian Macdonaldwas born in Glasgow, Scotland. He was a reporter for the Victoria Times Colonist, the Vancouver Province, and the Vancouver Sun. He was parliamentary correspondent in Victoria and bureau chief in Ottawa for the Ottawa Sun. He worked in media relations for federal ministers and the prime minister's office, and was head of Transport Canada Information. Ian has written for magazines, radio, television and film.

Betty O'Keefewas a Vancouver Provincereporter for seven years in the 1950s, working as children's columnist, features writer and church editor. She then worked in corporate communications for 15 years and was commissioned to write two corporate biographies: Brenda: The Story of a Mineand The Mines of Babine Lake. Betty was the first woman to head the public-relations committee for the Mining Association of BC and the first woman to chair the information department of the Canadian Pulp and Paper Association. 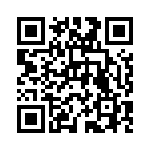