Too small a cast of characters for a Whodunnit - it’s a Whydiddydoit, resolved in the end by the murderer’s epistolary confession. Country house mystery. Period charm and engaging prose with a pair of jolly pipe smoking chaps, guests of the murdered host, playing at Holmes and Watson. Read full review

The Red House Mystery by A.A. Milne; (4*); (44) A typical 'locked room mystery', this novel features characters who may not be all they seem to be or may perhaps may be more than they seem to be. Each ... Read full review

A prolific writer, A. A. Milne published 35 plays, 6 novels, 3 books of verse, 3 collections of short stories, and several works of nonfiction, including sketches for Punch magazine, of which he was the assistant editor. Nevertheless, his fame rests on four books for children: two of whimsical stories about the stuffed animals in his son's bedroom (Winnie-the-Pooh and The House at Pooh Corner) and two of verse (When We Were Very Young and Now We Are Six). All are considered classics and have been included among the Children's Literature Association's Touchstone books as the best in children's literature, on the Lewis Carroll Shelf list, and on the Choice magazine list of books for the academic library. He also wrote Toad of Toad Hall, a play based on Grahame's The Wind in the Willows, and Once upon a Time: A Fairy Tale for Grown-ups, both of which are sometimes included in volumes with the four classic works. Milne had a son, Christopher Robin, who served as the model for the little boy in his children's books. 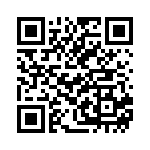