Page 2729
Nematodes, however, comprise one of the dominant meiofauna groups found in
the sediments of aquatic environments, particularly rivers (Ferris & Ferris 1979,
Zullini 1974, 1983). Moreover, several groups are found in great abundance
even ...
Page 2736
The species Aphelenchoides sacchari can be considered, in this case, as a
consequence of its being unique to and abundant in Station 6, exposed to
irrigation waters, as a species closely linked to terrestrial environments. No clear
role with ...
Page 2993
Report PM 1151: 318 p, The National Swedish Environment Protection Board,
Solna. Tolonen, K. & J aakkola, K., 1983: History of lake acidification and air
pollution studied on sediments in S. Finland. - Ann. Bot. Fenn. 20: 57-78. Verta, M
.

51 other sections not shown 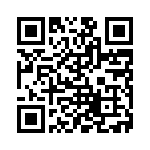