Theory of Invisible Balance of Power in relation to the US vs Islamic Militants is Valid Today
Dan Nicholson
Although, the book was first time published in 2005, yet it has introduced a unique theory of “invisible balance of power”. I have gone through the book. It has given a number of positive suggestions to the US and its NATO and other western allies, which are essential for world peace.
Author’s suggestions include solution of Palestinian and Kashmir issues, withdrawal of forces from Afghanistan, reforming of the UNO by giving importance to the General Assembly equally with the Security Council, redressing the grievances of the Third World, especially those of the Islamic countries and international disarmament. He also emphasized stability in Afghanistan and Pakistan, which are necessary for American regional and global interests.
Otherwise, in case of non-implementation of the suggestions, the international community could divide on religious lines , and could culminate into clash of civilizations in the sense of Huntington. He also predicted in the book that after the failure of power factor by the US, state terrorism would result into more terrorism led by Al Qaeda or other similar militant groups.
However, after 14 years of the prolonged war against the militants, rise of ISIL, terror-attacks on Christians in Nigeria and other African countries including Iraq, and sectarian violence also proved true.
In the same terms, assaults on Christians and Muslims by the fundamentalists parties of India like BJP, RSS etc., tension between Pakistan and India more suicide attacks etc. also endorsed the future assessments of the book. It is pointed out in the book that as the militants are increasing the US cost of war, and US would have to wage a series of wars against volatile countries.
In this regard, American air strikes on Libya and prospective attack on Syria, which was postponed due to the Russian and Iranian threats are also in accordance with the future predictions of the author. Nevertheless, after 9/11 tragedy, many Muslim and western authors wrote books against terrorism. But, ground realities developed in accordance with this book. Hence, it remains valid today.
Author: Sajjad Shaukat -ISBN, 9690019589
Published by: Ferozsons, 60 Shahrah-i-Quaid-i-Azam, Lahore, Pakistan
Publisher’s Email: support@ferozsons.com.pk
www.@ferozsons.com.pk
Source of review www.theworldbeast.com

Terrorism: Reality of Invisible Balance of Power
Naveed Ahmed
In his book, Invisible Balance of Power, published in 2005, Sajjad Shaukat has taken present ‘different war’ as an interaction of ‘state terrorism’ led by the United States and the ‘group terrorism’ by the Al Qaeda or Islamic militants. A number of authors have written books about the 9/11 tragedy, but ground realities developed in accordance with the book. After seeing the main title, some people think that the book is against the US-led western allies, but without any prejudice, he has discussed both the sovereign and non-sovereign entities on parallel lines in this research-based book. On the one hand, he pointed out Al Qaeda’s ambush attacks, targeted killings, beheadings etc., while on the other, he mentioned special operations by the US forces in Afghanistan and Iraq, and CIA-tortures cells in various small countries. In this regard, missile strikes by the drones on Pakistan’s tribal areas and elsewhere amounts to state terrorism, which are being responded by the internal backlash. Shaukat proves that both the warring parties kill innocent civilians through ruthless terror.
Giving references of the power-theorists like Machiavelli, Morgentahu, Kissinger etc., Shaukat has written that power factor or use of force has failed in this different war which took origin from the privileged and unprivileged status quo.
Shaukat introduced new ideas about the issues relating to the Islamic ideology, Jihad, Western World, liberalism, power diplomacy on the Third World by the US-led major countries, globalization, harsh conditions by the IMF and World Bank, causes of suicide attacks etc.
Author’s future observations like a prolonged war, failure of military paradigm by the state actors, increase in US cost of war, more terrorism, failure of NATO in Afghanistan, plane plot in UK, the defeat of Israel in 2006 war by the Lebanon-based Hezbollah, international financial crisis, warlike situation between America and Iran, Syria and Israel including other developments like Israeli attacks on Palestinians, similar forms of state terrorism in the Indian-held Kashmir, occupation of Iraq’s areas by the Jihadists-ISIS (Islamic State in Iraq and Syria) proved correct.
Indicating the failure of coercive diplomacy, the author also predicted that that in case of a protracted war with the insurgents, the US bargaining leverage would reduce on small countries. It happens so, as North Korea, Venezuela, Iran, Pakistan, Uzbekistan, Cuba and Turkey have rejected American undue pressure on a number of issues and matters. Besides, Russia and China have stood together to cope with the US-dominated world order, and now, strongly favour a multi-polar world. America’s decision not to attack Syria in 2013 due to Moscow’s stand, and Russian control of Crimea might be cited as example.
Shaukat also gave positive suggestions to the US, but President Obama did not act upon. Therefore, war on terror has resulted into more implications, giving a blow to the larger economies of the US and other developed nations.
Emphasizing the solution of key disputes like Kashmir and Palestine which remains breeding grounds of terrorism, the book suggests that realism (power factor) must be reconciled with idealism, which is essential for world peace and geo-political interests of the US-led developed countries and those of the small countries also by reforming the system of the UN. Shaukat warns that otherwise, “Invisible Balance of Power” will culminate into “calash of civilizations.”
It is due to the present scenario of terrorism—which already pointed out by the author that the publisher reprinted the book after nine years.
Author: Sajjad Shaukat -ISBN, 9690019589
Published by: Ferozsons, 60 Shahrah-i-Quaid-i-Azam, Lahore, Pakistan
Publisher’s Email: support@ferozsons.com.pk
www.@ferozsons.com.pk 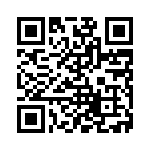