David M. Buss has taught at Harvard University, University of Michigan, and the University of Texas at Austin, where he is currently Professor of Evolutionary Psychology. 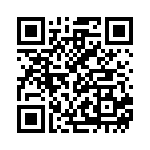