Edith Kuiper is researcher at the Department of Economics & Econometrics at the Universiteit van Amsterdam, The Netherlands. 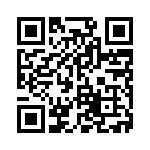