Malyn Newitt is Chales Boxer Professor of History at King's College London. His many publications include The First Portuguese Colonial Empire, A History of Mozambique and East Africa. 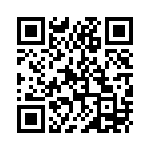