Mike Figgis is the renowned film-maker and musician whose career began with the People Show in the 1970s. His film credits include Stormy Monday, Internal Affairs, Miss Julie, Timecode and Hotel. He received Oscar nominations for Best Director and Best Screenplay for Leaving Las Vegas. His photographs have been displayed at galleries throughout the world, and he has created installations for gallery spaces. 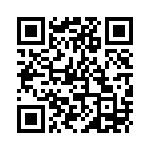