I love Chiaverini’s historical fiction books. As with all the rest I was pulled into this story about John Wilkes Booth. At first, I was confused by what seemed like a disjointed story, but then I ... Read full review

Thanks to the other reviewer who mentioned "Hanging Mary," I now know why portions of this book seemed very familiar. I, too, read "Hanging Mary" and while the verbiage differed, I was still plagued ... Read full review

JENNIFER CHIAVERINI is the New York Times bestselling author of Mrs. Lincoln's Dressmaker, Fates and Traitors, and other acclaimed works of historical fiction, as well as the beloved Elm Creek Quilts series. She lives with her husband and two sons in Madison, Wisconsin. 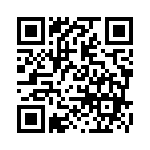