Uncas: first of the Mohegans

Unbeknownst to many, James Fenimore Cooper's Uncas in The Last of the Mohicans was actually based on a highly controversial Mohegan sachem who lived in 17th-century Connecticut. To the English ... Read full review

Michael Leroy Oberg is Associate Professor of History at the State University of New York'Geneseo. He is the author of Dominion and Civility: English Imperialism and Native America, 1585'1685, also from Cornell. 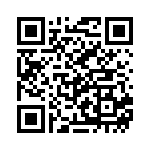