A great companion to the film. Captures to the bone the events surrounding the making the film. The Quiet Man is one of the few films that can be watched many times and new insights are revealed. This book helps in better understanding John Ford's views as an Irish American views on his motherland.

Gerry McNee is a well-known sport journalist, writer and radio and television commentator. He has written extensively for the Daily Express, the Sunday Mail and the News of the World, and is well-known as a football commentator on television and radio. He lives in Glasgow. 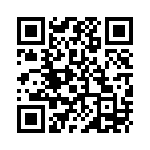