The Toho Studios story: a history and complete filmography

Stuart Galbraith IV is the author of seven books, including The Emperor and the Wolf (2002), the joint biography of Akira Kurosawa and Toshiro Mifune, and Japanese Cinema (2008). He also provides DVD audio commentaries and liner note essays, writes a DVD column for the English edition of The Daily Yomiuri, and reviews DVDs at DVDTalk.com. 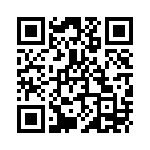