Too much overlap with the behavioral economics books (of which I've read too many). But the neuroscience focus makes it different enough to be worth reading anyway. Read full review

As Ginger Campbell of Brain Science Podcast would say, this book is for everyone who has a brain. It's easy to read and provides many real life examples and situations, exposing what we know now about ... Read full review

Jonah Lehrer is a Contributing Editor at Wired and a frequent contributor to The New Yorker . He writes the Head Case column for The Wall Street Journal and regularly appears on WNYC's Radiolab . His writing has also appeared in Nature , The New York Times Magazine , Scientific American and Outside . He's the author of two previous books, Proust Was A Neuroscientist and How We Decide. He graduated from Columbia University and attended Oxford as a Rhodes Scholar. 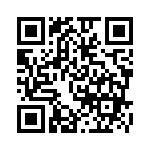