“They sat for a time, human looking out to the sea, Rider looking he wasn't sure quite where, and a pack looking in most all directions.” In “A Fire Upon the Deep” by Vernor Vinge A galaxy divided ... Read full review

Didn't do it for me. Sure, it's a classic, and all the ingredients are there, but I kept putting it down - which wouldn't even be a fault, if the cover didn't praise how "riveting" the book is. The ... Read full review

Vernor Vinge has won five Hugo Awards, two of them in the Zones of Thought series: A Fire Upon the Deep and A Deepness in the Sky. Known for his rigorous hard-science approach to his science fiction, he became an iconic figure among cybernetic scientists with the publication in 1981 of his novella "True Names," which is considered a seminal, visionary work of Internet fiction. His many books also include Marooned in Realtime, Rainbows End and The Peace War. 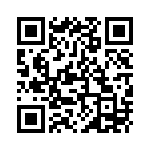