The defects of this book are many, but it would hurt to give it less than four stars and, the avoidance of pain being one of Porter's main themes, I will stick to a suitably thematic rating. There are ... Read full review

The Greatest Benefit of Mankind Roy Porter Sunday, August 12, 2012 11:38 AM This is a massive survey of medicine in history. It is not only about physicians, but about the relations of humans to ... Read full review

Roy Sydney Porter was born December 31, 1946. He grew up in a south London working class home. He attended Wilson's Grammar School, Camberwell, and won an unheard of scholarship to Cambridge. His starred double first in history at Cambridge University (1968) led to a junior research fellowship at his college, Christ's, followed by a teaching post at Churchill College, Cambridge. His Ph.D. thesis, published as The Making Of Geology (1977), became the first of more than 100 books that he wrote or edited. Porter was a Fellow and Director of Studies in History at Churchill College, Cambridge from 1972 to 1979; Dean from 1977 to 1979; Assistant Lecturer in European History at Cambridge University from 1974 to 1977, Lecturer from 1977 to 1979. He joined the Wellcome Institute fot the History of Medicine in 1979 where he was a Senior Lecturer from 1979 to 1991, a Reader from 1991 to 1993, and finally a Professor in the Social History of Medicine from 1993 to 2001. Porter was Elected a fellow of the British Academy in 1994, and he was also made an honorary fellow by both the Royal College of Physicians and the Royal College of Psychiatrists. Roy Porter died March 4, 2002, at the age of 55. 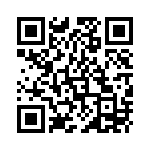