85 pages matching role in this book

Gavin Lambert was born in England and first came to Hollywood as a personal assistant to director Nicholas Ray. He has written seven novels including the currently reprinted "Hollywood Quartet" of "The Slide Area," "Inside Daisy Clover," "The Goodbye People," and "Running Time." His non-fiction works include "Norma Shearer," "Nazimova," and "Mainly about Lindsay Anderson." Among his screenplays are "The Roman Spring of Mrs. Stone" and "Inside Daisy Clover" and the Oscar-nominated "Sons and Lovers" and "I Never Promised You a Rose Garden."
Robert Trachtenberg, a filmmaker and photographer, is the director of the American Masters film "On Cukor." His photographs have appeared in such publications as the "New York Times," "Entertainment Weekly," "Esquire," and "Vanity Fair." 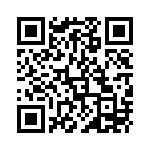