Julio Cortazar is an Argentine poet, short story writer, and translator, whose pseudonym is Julio Denis. He was born in Brussels, Belgium, in 1914. In 1918, he moved with his parents to their native Argentina. He taught high school and later French literature at the University of Cuyo, resigning after participating in demonstrations against Argentine President Juan Peron. He worked for a Buenos Aires publishing company and also earned a degree as a translator. Cortazar is part of the "boom" of excellence in Latin American letters in the 1950s and 1960s. He combines fantastic plots with commonplace events and characters, and looks for new ways for literature to represent life. His first novel, The Winners, tells the story of passengers on a luxury liner who are restricted to a certain area of the ship and forbidden to communicate with the crew. He explores the ways passengers react. Hopscotch has a complex narrative structure with 165 chapters that can be read in at least two logical sequences to create variations. A Change of Light and Other Stories is a short story collection dealing with themes ranging from political oppression to fantasy. We Love Glenda So Much is about a fan club murder of their favorite actress whose films do not meet their standards. A Certain Lucas is comprised of three sections of short observations, discussing the nature of reality, the exploration of literary form, and search for new ways to view the world. 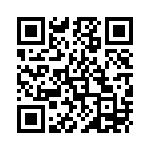