DOLLAROCRACY: How the Money and Media Election Complex is Destroying America

Collaborating once more (The Death and Life of American Journalism: The Media Revolution that Will Begin the World Again, 2010), Nichols, the Nation's Washington, D.C., correspondent, and academic ... Read full review

John Nichols is the national affairs writer for the Nation magazine and a contributing writer for the Progressive and In These Times. He is also the associate editor of the Capital Times, the daily newspaper in Madison, Wisconsin, and a cofounder of the media-reform group Free Press. A frequent commentator on American politics and media, he has appeared often on MSNBC, NPR, BBC and regularly lectures at major universities on presidential administrations and executive power. The author of ten books and has earned numerous awards for his investigative reports, including groundbreaking examinations (in collaboration with the Center for Media and Democracy) of the Koch brothers and the American Legislative Exchange Council.

Robert W. McChesney is the Gutgsell Endowed Professor in the Department of Communication at the University of Illinois at Urbana-Champaign and the author or editor of sixteen books. He is the President and co-founder of Free Press, a national media reform organization. He lives in Madison, Wisconsin, and Champaign, Illinois. 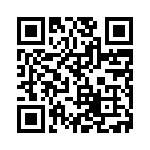