He is the author of numerous books and articles, and his research interests relate to international business law, negotiation, and dispute resolution. Siedel's research awards include the Hoeber Award from the Academy of Legal Studies in Business. His research has been cited by appellate courts in the United States and abroad, including the High Court of Australia. Siedel has been elected a Life Fellow of the Michigan State Bar Foundation. As a Fulbright Scholar, Siedel held a Distinguished Chair in the Humanities and Social Sciences.

Helena Haapio works as International Contract Counsel for Lexpert Ltd (www.lexpert.com) based in Helsinki, where she helps corporate clients become more successful in cross-border contractual ventures. After completing legal studies at the University of Turku and Cambridge University, Haapio served as in-house Legal Counsel for Wärtsilä Group in Finland, Norway, Sweden and the United States, and for three years as General Counsel for one of the Group's Divisions. She was nominated "Export Educator of the Year" by the Finnish Institute for International Trade.

Haapio's current research focuses on proactive contracting as a means to bridge business and law. She is an author and editor, and her articles have appeared in several professional publications. She is actively involved in the development of the Nordic School of Proactive Law (www.proactivelaw.org) and of the ProActive ThinkTank (www.proactivethinktank.com) and acted as Expert in drawing up the European Economic and Social Committee (EESC) Opinion on the Proactive Law Approach. She acts as arbitrator in cross-border contract disputes. 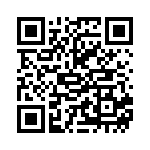