In The Middle Ground: Indians, Empires, and Republics in the Great Lakes Region, 1650 – 1815, Richard White argues, “The middle ground is the place in between: in between cultures, peoples, and in ... Read full review

I admit that I didn't read this volume from cover to cover - I had it on interlibrary loan and it was due back before I had time to do it justice, but I learnt a lot from the chapters I did read ... Read full review

Richard White holds the Margaret Byrne Professorship in American History at Stanford University, California and is widely regarded as one of the nation's leading scholars in three related fields: the American West, Native American history and environmental history. Professor White is the author of five books. The first edition of The Middle Ground: Indians, Empires, and Republics in the Great Lakes Region, 1650–1815 (1991) was named a finalist for the 1992 Pulitzer Prize. Among other honors, he is the recipient of a MacArthur Foundation fellowship. 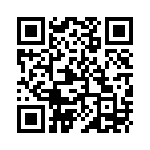